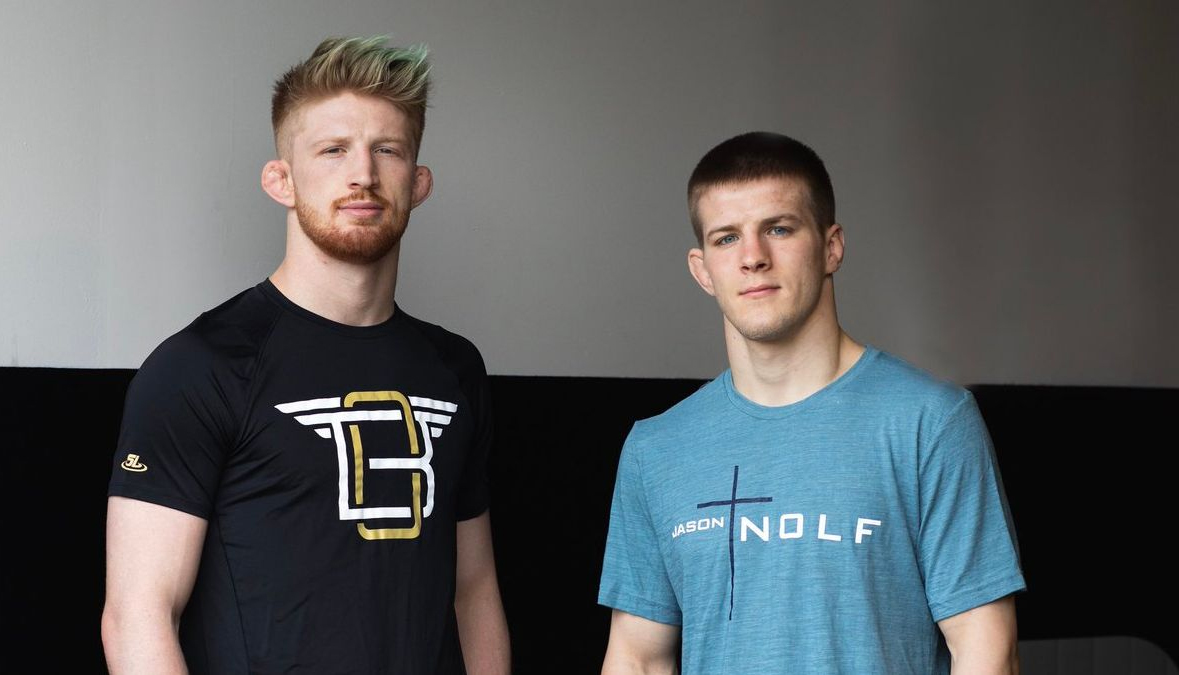 Bo Nickal and Jason Nolf have followed behind fellow former Nittany Lions David Taylor and Zain Retherford as they sign with ScrapLife.

Taylor was the first of the crew to sign with the Under Armour wrestling partnered company and now Nolf and Nickal have joined the team as well. Signature gear for both of the multiple-time NCAA champions has hit the site already.

Not only are these big time contenders signed on with the company, but the club they represent is as well. Nittany Lion Wrestling Club signed a deal with them as well a few years back.

Head to ScrapLife.com to check out their new line featuring the pair of NCAA champs.

Read the full press release below:

“Bo and Jason are two of the sport’s best competitors and ambassadors,” said ScrapLife partner Don Beshada. “Hard working, bright, talented, and humble - the qualities that any company looks for in strategic partners, and qualities they share with David and Zain. Given where they all come from, that is hardly surprising,” continued Beshada. “We’re proud that Bo and Jason chose to represent the ScrapLife brand, and we’re happy we can assist them with the transition to the next phase of their lives. We like to say that Bo and Jason are additions to the family, but in reality, they are part of the beginning of something that we believe will be special.”

The agreements are for an undisclosed number of years, but well into the next Olympic cycle. They are full, exclusive head-to-toe agreements, including wrestling-specific accessories and footwear.

“To me, the decision on which brand to align with came down to quality of the product, company vision, and feel,” said Nickal. “ScrapLife has the best product, so that part was easy from the get-go. But, I also wanted to ensure that ScrapLife’s vision for the company, and my vision for me and my career, were 100% aligned. They are, and I think you’ll see some unique product and content coming from us at ScrapLife.”

Nickal concluded: “Finally, the people were very important to me. And, let’s face it, these guys are my longtime teammates, and we’ve enjoyed an incredible amount of success together. Adding that to the ScrapLife business team, we feel very confident in the short and long term direction of the company, and I look forward to having a lot of fun!”

Nolf echoed Nickal’s sentiments: “I’m a very loyal person, and I viewed this as an agreement that I was signing for the rest of my career. So, I think that speaks volumes about how I feel about ScrapLife as a company, its product line, and the people here.”

Nolf concluded: “I expect to compete for a long time, with the people I’ve been around for the last 5 years. My teammates at ScrapLife are the same teammates that I’ve had fun with and competed with for years, and we’ve been blessed to enjoy some success as a team. I only see that continuing at ScrapLife, and I can’t wait to move forward with our plans.”

Nolf and Nickal are part of a very small handful of wrestlers to make 4 NCAA finals, with each winning the last 3 years. Between them and David Taylor and Zain Retherford, the ScrapLife athlete team has won 5 Hodge trophies (including the last 3) and 11 NCAA championships.

“We’re not a big believer in bold and brash statements or predictions,” Beshada concluded. “We’ll simply say that we feel very lucky to have the team we have, and we're confident in our plans for the future.”

ScrapLife is a lifestyle company focused on Olympic and collegiate style wrestling and combat sports. It is the distributor of the popular “Under Armour Wrestling” line of products, and is the official apparel and footwear company of 2018 World Champion David Taylor, and 3-time NCAA champions Zain Retherford, Bo Nickal and Jason Nolf. ScrapLife is the official teamwear provider of Cornell University and Titan Mercury Wrestling Club, amongst other elite programs and clubs.