DAILY COLLEGIAN: Jason Nolf wins third straight NCAA title, becomes only the third in Penn State history to do so 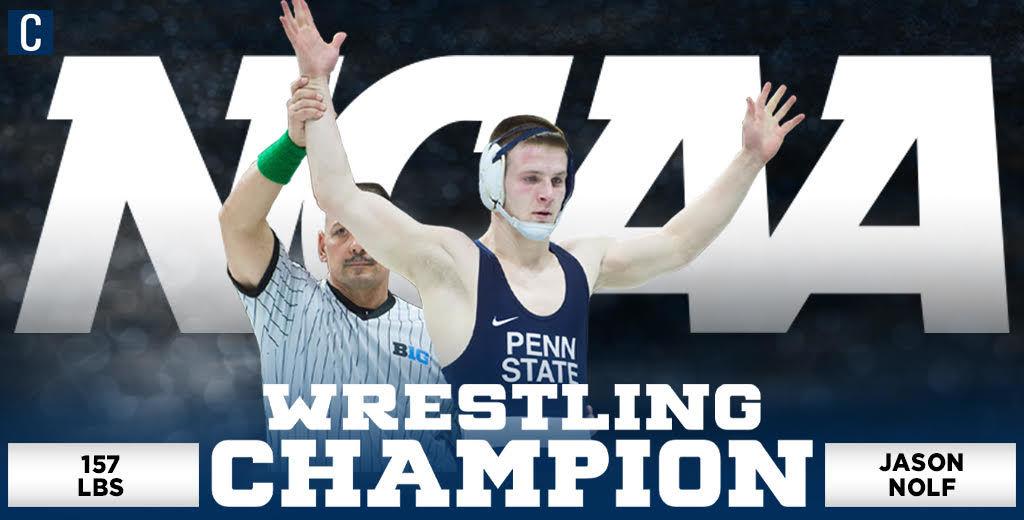 PITTSBURGH — Tyler Berger and Jason Nolf have been the top two wrestlers at 157 pounds for much of their time in college.

Nolf has always had a considerable upper hand on Berger, beating him five times in college and four times by bonus point.

But despite the familiarity between the two and an insistence by Berger that's studied and knows what to expect from Nolf to the point where he "has books full of Jason Nolf," the Penn State senior prevailed over Berger for his third NCAA title.

The Yatesboro, Pennsylvania, native won 10-2 and became just the second three-time NCAA champion in Penn State history, joining Ed Ruth and Zain Retherford as the only to accomplish that feat.

Nolf started on the offensive attack early, jumping out to a quick 2-0 lead. He followed that up with two more takedowns and a pair of near-fall points in the first, taking a 8-2 lead and a minute-plus of riding time into the second period.

That riding time dwindled in the second period as a long rideout by Berger took up a majority of the period.

Up 9-2 headed into the final two minutes of his Penn State career, Nolf finished out his career in the blue and white with one of the most difficult tasks in all of wrestling, riding out the entirety of the third period.

The four-time All-American went 5-0 in the tournament with four bonus point wins before a controversial and close semifinal against last year's runner-up Hayden Hidlay of NC State in which there was debate as to whether or not Hidlay registered a last second takedown.