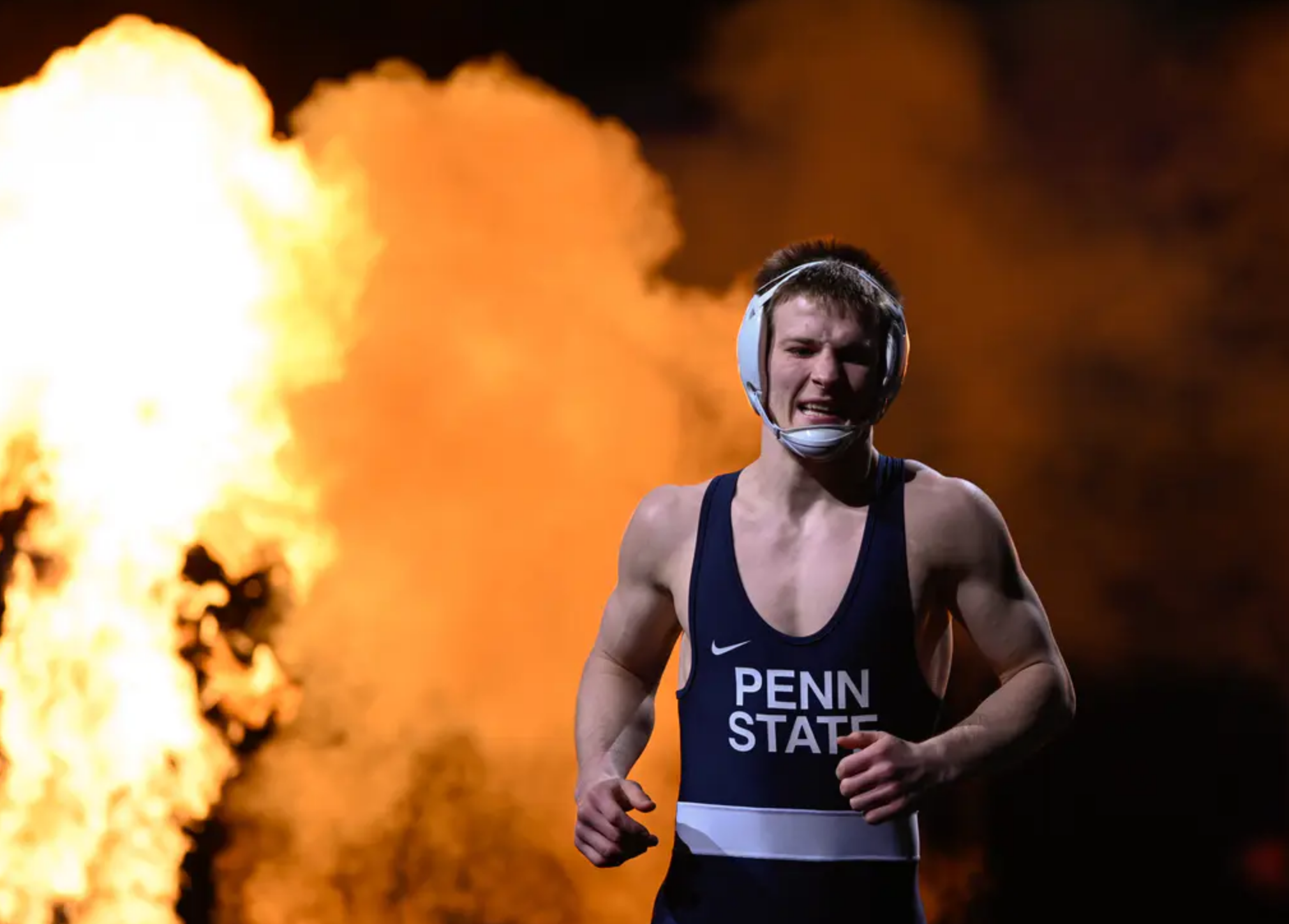 Jason Nolf, Penn State's three-time NCAA wrestling champ, was part of a unique wrestling benefit Sunday in Chicago. It wasn't the best bout ever, but the event did make a difference.

Nolf defeated Jordan Oliver, a two-time NCAA champ from Oklahoma State, 4-1 in a bout that both wrestlers chided themselves over for the lack of offense. They combined for one takedown, which Nolf scored on a late counter move.

The match was held, without fans, on the rooftop of a Chicago building and streamed on Fite.tv.

"I think we can put on a better show than that," Nolf said after the bout, according to Gary Abbott of USA Wrestling. "Three points, with no offensive points. It kind of stunk. I told [Oliver] I want to wrestle him again sometime. Maybe we can set up a Round 2 and get some points on the mat."

Oliver, a high school star in Easton, Pennsylvania, said on Twitter that he wanted to put on a better show as well.

"Not the best showing but thats my fault and will do better for myself but for the fans, Oliver wrote.

Still, the exhibition match was an important step for wrestling. Rumble on the Rooftop featured a series of bouts showcasing Olympic-caliber wrestlers whose international careers are on hold. They came together to raise money for themselves, their regional training centers and Beat the Streets Chicago.

Nolf and Oliver are 2021 Olympic hopefuls at different weights, which likely contributed to their scoring struggles Sunday. Nolf won the 79kg freestyle title at the Pan American Championships and would have sought a U.S. team spot at that weight in April in State College, where the Olympic Trials were scheduled to take place.

Oliver won the 65kg title at the 2019 Senior Nationals and is looking to qualify for his first U.S. Olympic team.

Check out USA Wrestling's recap for full results from Rumble on the Rooftop.